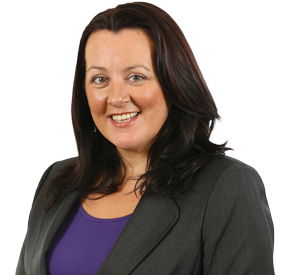 In this series, Positive Life tells the story of the people who are part of the wider HIV community and who advocate for those living with and affected by HIV in Northern Ireland. This month we hear from Paula Bradley MLA, former Chair of the Northern Ireland Assembly Health Committee, DUP Health Spokesperson and policy maker who has been a champion for people living with HIV since her election win in 2011.

“Our language and the words we chose can be so impactful on a person living with HIV, I want to change this.”

As the former Chair of the Health Committee in the Northern Ireland Assembly, I have always had a keen interest in supporting and highlighting the needs of those who are living with HIV across Northern Ireland. I take this role very seriously and see it as an opportunity to encourage greater awareness both in my constituency, and throughout Northern Ireland to push through policy and work for greater engagement for all who are affected by the condition.

When I was elected in 2011, one of the first meetings I took was with Positive Life service users, as I wanted this group to know that I planned to be an advocate for them in Stormont, and wanted to see what support they needed from the policy makers. The main issue that continuously occurred was the need for de-stigmatisation of HIV.
From this meeting I have endeavoured to help this cause and work to break down the misconceptions that some have when they think of HIV or a person who is living with the condition. This is especially important in terms of the language people use when discussing HIV. It is vital to remember that anyone can be affected by HIV, it is not siloed to one community or part of society, and the words we use can have a real, very often negative impact.

Another major issue I discovered with my work on the Health Committee was the lack of funding for HIV+ mothers to get formula milk to feed their newborns. To be able to feed your children is a basic need and right and I was affronted to find that there was no contingency or funding for these women. In my role, I knew there was more to be done, so I went to the Health Minister at the time, Edwin Poots and lobbied for the right funding to be in place for formula milk to be made accessible to mother’s living with HIV. The funding plan was put in place soon after.

From when HIV was first prevalent in Northern Ireland 20 years ago, we have come a good distance in terms of education and learning, but more needs to be done. We now need to maintain increased awareness raising around the impact of HIV and ensure support for people directly affected. I hope that my work with Positive Life and in the Assembly has helped to improve the perception even slightly, both in government and public.