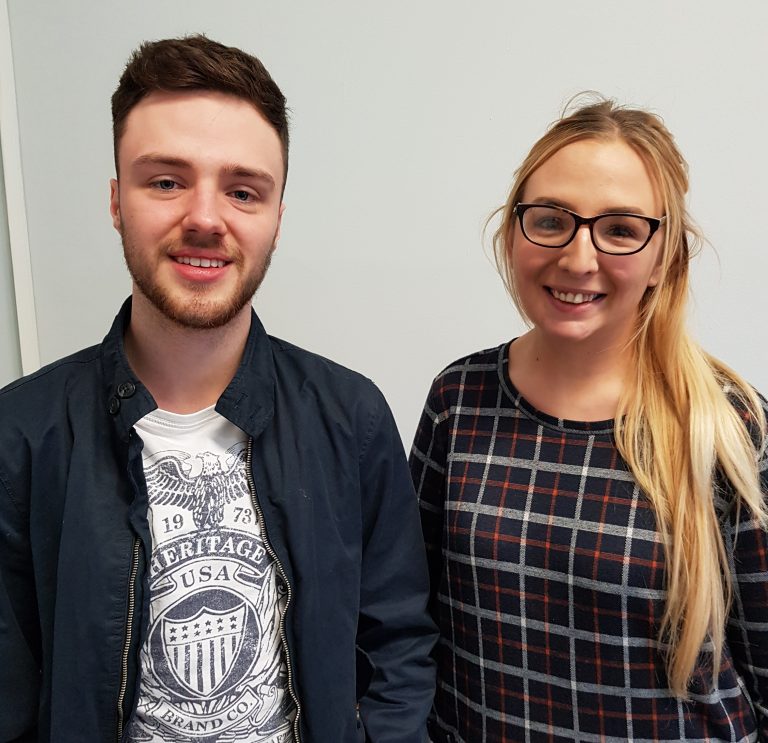 For the past 3 weeks we’ve had the pleasure of having James and Leah join the team at Positive Life to gain an understanding of what it’s really like to live with HIV in 2019. Having studied Medicine at Queen’s University for the past 3 years, they have been taught how to diagnose HIV and know the different treatment options available – but as future doctors they were interested in understanding the stigma and psychological implications for people living with or affected by HIV and I’ve asked them to share some of their experiences here.

“One of many things I have learned from my time at Positive Life has been the magnitude of being given an HIV diagnosis. I have heard so many stories from the service users of the impact on their mental health from the antiretroviral treatment and from keeping their diagnosis a secret.”

“Hearing about how family life has changed for people since receiving their HIV diagnosis has really made me consider the weight of an HIV diagnosis and how it affects every aspect of a person’s life. I now feel confident that I would be able to support a friend, family member or patient who has been diagnosed with HIV, paying careful attention to all of the consequences of living with the chronic condition.”

“I previously thought that the law provided protection from discrimination for people living with HIV, although this is true in theory, the fact that people who are HIV positive still sometimes lose their jobs as a result of their status and don’t feel that they can take legal action, is unjust and something which I hope dearly will change in the future. I now feel empowered by the knowledge I have gained through Positive Life and hope to continue to be a part of the movement of improving the lives of those living with the condition.”

“Positive Life has provided me with a unique opportunity to speak openly and honestly with local people who are living with HIV. Before beginning this placement, I knew there were approximately 1000 people living with HIV in NI but having the opportunity to place faces and names behind some of these numbers has helped to remind me of the human impact a HIV diagnosis can have.

It was a privilege to have been welcomed into Positive Life by not only the staff, but the service users who so kindly shared with us how their HIV diagnoses have shaped their lives. I was aware of a stigma being associated with HIV, but the extent to how this diagnosis can impact on every aspect of individuals’ lives was so much greater than I could have imagined. Advancements in medical research and treatment with regards to HIV since the 1980s have progressed beyond recognition but a HIV diagnosis remains one associated with fear, secrecy and isolation for many.

James and I felt a desire to try and raise awareness around HIV and decided to create a survey on HIV to try and find out what a sample of the NI public really know and/or think about HIV in 2019. We gained over 140 responses, with many results highlighting the massive discrepancies between the myths and facts associated with modes of transmission, treatment options and overall awareness of HIV.

HIV care has advanced incredibly between 1989 and 2019 and I strongly hope the next thirty years will see even more advancements not just in terms of medical treatment, but the treatment of those living with HIV by their family, friends, employers and wider communities. We need adequate public education around HIV to be rolled out to combat the stigma that still exists.”